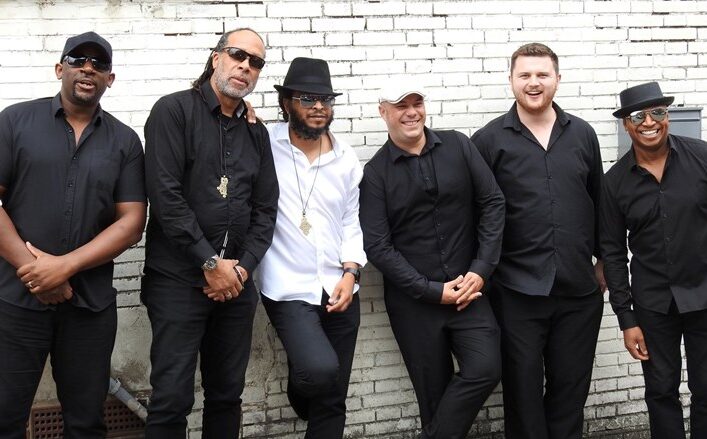 The UB40 Experience are an 8 man tribute to the kings of reggae UB40. Unlike most other UB40 tributes the UB40 Experience pay tribute to all 8 UB40 members including a 3 man horn section.  The band aim to give the audience the true feeling of having attended a UB40 concert. The multicultural members have been recruited from several other UB40 tribute bands .They have selected each member for their individual musical talents , professionalism and sheer attention to detail in their representation of the UB40 member they are portraying .The band members have played across the world with a range of bands & music styles .They frequently have members of UB40 special guesting in their live shows, Including legendary founding member & sax player Brian Travers, Trumpet player Laurence Parry,& Keyboard player Tony Mullins.

The show consists of over 50 chart hits such as Red Red Wine, Kingston town, Many Rivers To Cross, Food for Thought, I Got You Babe etc….. All played completely live by an 8 piece band, and featuring Rapping on songs like “Rat In Mi Kitchen” from Their Jamaican Trombone player Everton, who is currently touring with Hollywood superstar Jamie Foxx & his band .