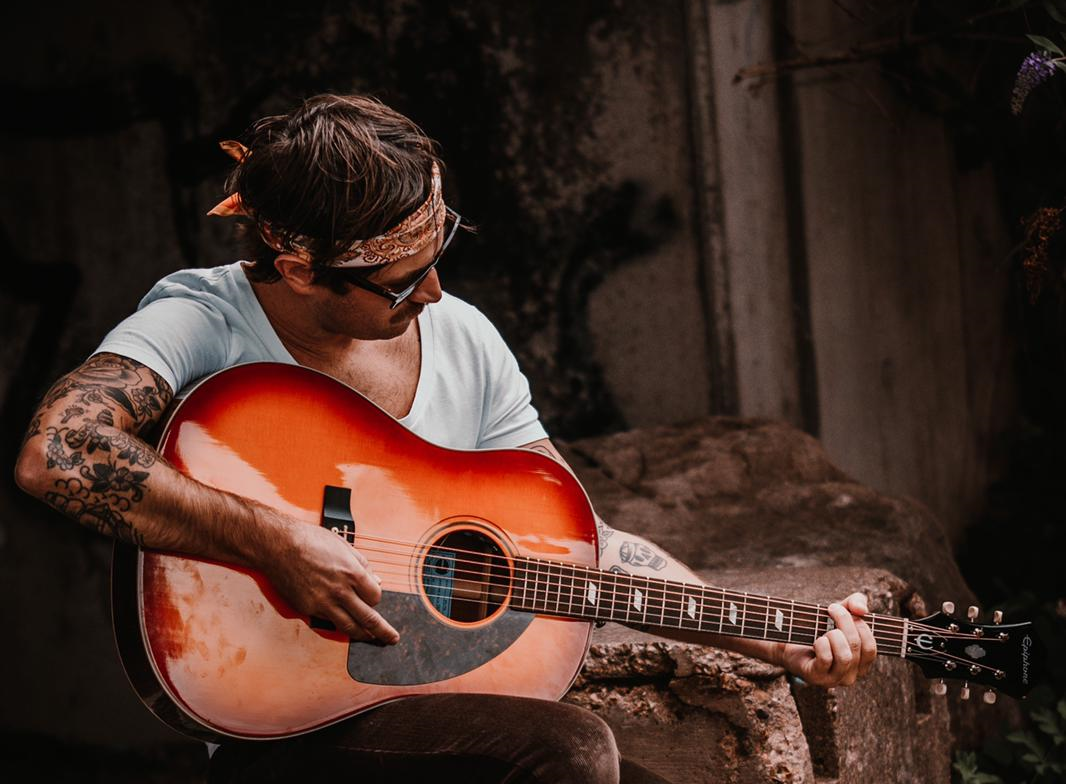 35 year old Jackson Lucitt was born and raised in Port Talbot, South Wales, the home of one of the biggest steelworks in the world. After spending 8 years living in Yorkshire, he is now back living in Port Talbot with his Canadian Wife Samantha who he met in the iconic ‘Cavern Club’ in Liverpool.

Progressing from a band manager to promoter and then tour manager of his company Shiny Vinyl Presents, Jackson has used the last few years to turn his lifelong passion for music into a career. One of the many benefits of growing up in a small, steel town is there is no shortage of interesting characters which make for a catalogue of songs in true Jackson indie-folk, grab your partner for a barn dance kinda style.

After a life-altering pilgrimage to one of music’s holy lands Nashville, Tennessee, Jackson began to strive to emulate the sights, sounds and emotions he experienced on his travels and you can hear these influences like Johnny Cash, Bob Dylan, Buddy Holly, The Smiths and Jake Bugg in his music.

One of the first people to play Jackson’s track was Dan Potter from ‘In Your Ears Music’ radio station and Jackson hilariously tweeted a video of himself listening to it being played from ‘Irene’s Bar’ which is a self-made bar in Jacksons garden. The bar was affectionately named after Jacksons Nan ‘Irene’ who he spent several years living with and who he describes as the ‘hardest person I know’.