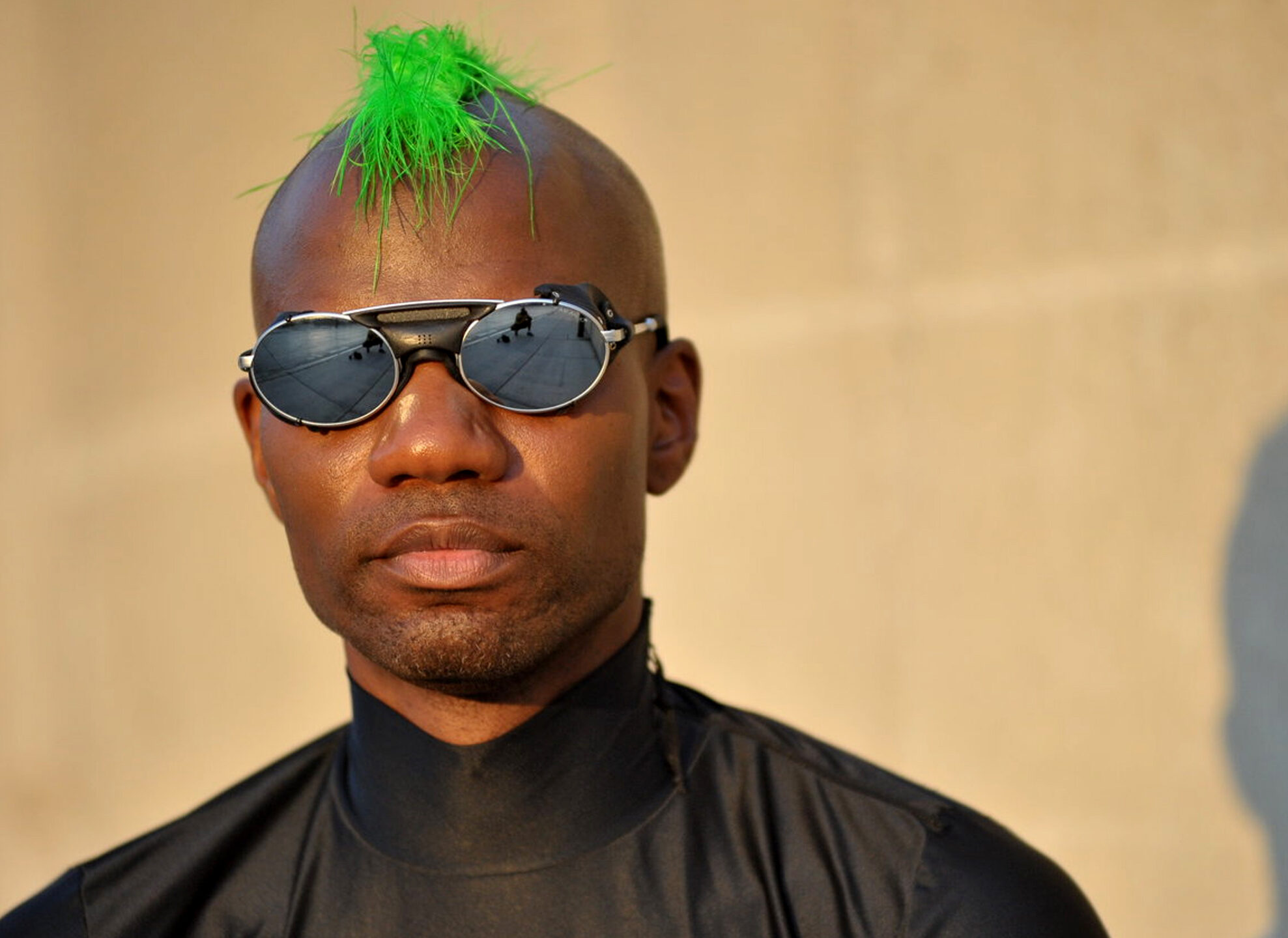 Green Velvet, initially created by house don Curtis Jones (aka Cajmere) as an outlet for his non-vocal productions and frequent DJ’ing gigs, grew to become even more popular than the man himself, thanks to club singles like “Preacher Man,” “Answering Machine,” and “The Stalker.” These were infectious, undeniably fun records with simple vocal tag lines and a wonderful sense of humor. Jones, who had nurtured the Chicago house renaissance of the 1990s with his Cajual Records, gained immense success in 1993 with the Cajmere single “Brighter Days” (vocals by Dajae). Later that year, he formed the sub-label Relief, mostly for instrumental tracks by himself and others.

sides releases from DJ Sneak, Gemini, and Paul Johnson, Green Velvet figured on many of the early Relief singles, including its first, “Preacher Man,” as well as “Flash” (also released on the British Open label), “The Stalker,” and 1997’s hilarious “Answering Machine.” Jones began to supplement his Green Velvet DJ’ing schedule with quasi-live gigs as well, and released his first LP in 1999. His self-titled release on F-111 one year later compiled a dozen of his earlier club hits. His proper sophomore production album, Whatever, appeared in 2001 on Relief, highlighted by the duly nutty but pointed single “La La Land.” Walk in Love, the third Green Velvet album, followed in 2005, as Jones continued to juggle his aliases with supplemental 12″ material and an increasing frequency of collaborative output. Unshakable, released in 2013, featured a different artist on every track. In 2015, Jones teamed with another dance music giant, Carl Craig, for the full-length, Relief-issued Unity.