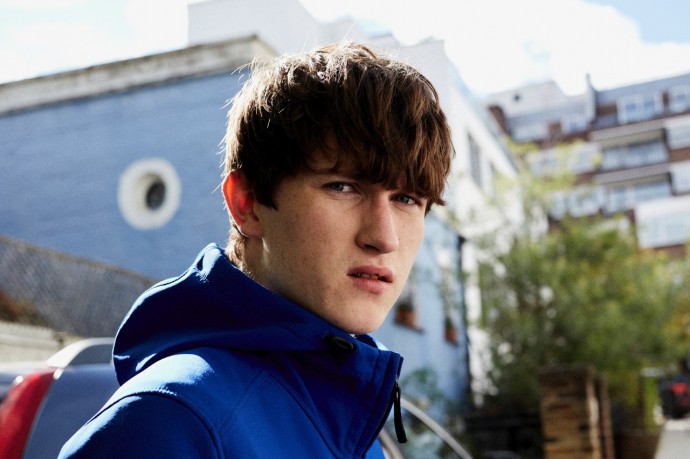 Andrew Cushin possesses a nuanced, multifaceted talent for songwriting. The words that he conjures are both immensely personal and reflective of modern social issues, but those serious themes are delivered through songs with huge, pints-in-the-air singalong appeal. It’s a talent that’s winning a growing army of admirers, most notably Noel Gallagher, who produced and performed on Andrew’s previous single ‘Where’s My Family Gone’.

Andrew’s ongoing discovery continues today as he releases just his fourth single, ‘Memories’. It’s a song which finds the 20-year-old artist poignantly exploring the idea of what masculinity means in the present day. There’s undoubtedly a real bravery in putting such vulnerable emotions in full view of the world at large, but that heartfelt honesty has been the driving factor behind all of his releases to date.

“‘Memories’ is a record written in the midst of the lockdown during which time male mental health was worsening,” he says. “The lyrics, ‘What is a man and what can he do?’, symbolises that unfortunately some men in this world remain unsure of their place as a husband, provider, father or peer – they’re roles that they’re never taught about. At a time when male suicides are on the rise, the memories we hold seem more important than anything.”

Solely written by Andrew, ‘Memories’ is the first release from his sessions with the Grammy-winning producer Richard Woodcraft (Radiohead, Michael Kiwanuka, Paolo Nutini). The track was mixed by John Davis (Royal Blood, Dua Lipa, The Killers).

The accompanying video to ‘Memories’ poignantly expresses the song’s message. The performance from Andrew and his band is interlaced with shots of an old man, sitting alone and slowly working his way through a pint. It’s a scene you’ll spot in almost every pub the length and breadth of the country. But what are their stories? Are they killing time, avoiding loneliness, or repressing memories that they can’t cope with? The chances are that no-one will ever ask. The video is Andrew’s third collaboration with the director Dan Hepple.

Andew will follow the release of ‘Memories’ by embarking on a busy run of touring through to the close of the year. As well as summer festivals and new music events, he’s also set to play select headline shows. He’s already a big draw in his hometown of Newcastle, where he’s set to play a 1000 capacity headline show at the Boiler Shop having previously sold-out The Cluny last year. He’s also set to play one of his earliest London gigs when he headlines Camden Assembly in December.

Already being tipped to follow fellow Geordie Sam Fender to the top, Andrew Cushin has a distinctive artist identity that echoes the generational themes of Declan McKenna, the bruised soul of Jake Bugg, the unifying appeal of Noel Gallagher and the timeless melodies of Damien Rice. However, it was his passion for football that inadvertently ignited his career as a musician. While playing as a goalkeeper for Newcastle Benfield’s youth team, Andrew and his coach bonded over their shared interests in music, his coach first encouraging him to explore his creativity before further nurturing his career by becoming his manager. It was a naturally humble start for a singer-songwriter whose ability to paint big moments from everyday experiences sets him apart from the pack.